The Onondaga Lake cleanup, one of the largest remediation projects in the country, was designed with major consideration for preventing hazards and odors. Extensive efforts have been incorporated into the design and operation to protect worker and public health.

The cleanup plan, which was issued by DEC and EPA, calls for removing material from the lake bottom, installing a new bottom cap in some areas, improving habitat, and transporting and containing dredged materials. A hydraulic dredge is used to remove material from the lake bottom. It is then transported via a double-walled pipe through non-residential areas to the consolidation area where it is processed and pumped into geotextile tubes inside a lined facility for drying and safe isolation long-term. Water is collected and treated to meet DEC standards before being returned to the lake.

We have temporarily suspended dredging and taken the following actions to improve odor controls. We will begin dredging as soon as these controls are in place, before mid-October. 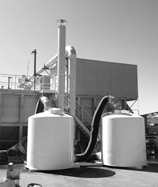 A comprehensive, state-of-the-art air monitoring system was approved by DEC, DOH, and EPA and is in place. Air monitoring data is submitted to the agencies on a daily basis. In addition, Honeywell has an air monitoring team that investigates air quality at the work site and in the community. The program is outlined in the Onondaga Lake Community Health and Safety Plan available at: www.lakecleanup.com and www.dec.ny.gov.

Air monitoring results, which are collected in real time, are reviewed by technicians and government regulators to ensure that state established standards for the site are not exceeded. To provide an additional level of protection and ensure that these criteria are not reached, Honeywell set an even lower level for early warning. If this lower level is reached, it immediately triggers notification to a technician. There will then be an evaluation, the emission source(s) identified, and operations closely watched to determine if controls are necessary. If government criteria at the work perimeter are reached, operations related to the source(s) will be restricted or stopped until the work is reassessed. 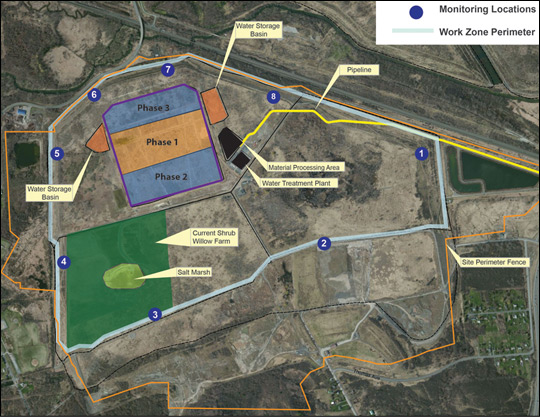