The New York State Department of Environmental Conservation (DEC) today released the second of four major designs for the restoration of Onondaga Lake.  The lake remediation plan, which was issued by the DEC and the U.S. Environmental Protection Agency, calls for a combination of dredging and capping—environmental cleanup methods that will remediate the contamination in sediments and water.

The design outlines how the sediment consolidation area (SCA), which will hold sediments dredged from the lake, will be built and monitored during its operation.  The SCA is designed to protect health and the environment.  It will be a safe, secure facility per state and federal guidelines and oversight.

One of the former settling basins in Camillus will be used for the SCA. The basin, considered the best of 16 potential sites studied, is removed from the residential community and public facilities. Once the lake remediation is complete, shrub willows will be proposed for the top of the settling basins. One hundred thousand willows already have been planted on the settling basins, creating a productive source of “green” energy and bio-fuels for the region. 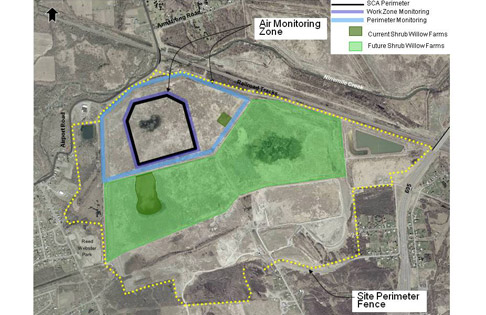 Solvay Settling Basin #13 is the site for the SCA. Air monitors around the site will measure particles and emissions in the air. The placement of the monitors will provide complete coverage, regardless of wind direction.

“Honeywell has incorporated public input from the Town of Camillus into the design of the SCA,” said Syracuse Program Director John McAuliffe. “An important part of the Onondaga Lake cleanup is our commitment to continuing to work with the community so that they can be involved in the process and contribute their opinions and recommendations.”

Since the initial lake cleanup plans were announced in 2004, the DEC has held eight public meetings. The first meeting was held in the Town of Camillus. Hundreds of community members have attended these meetings and commented during public comment periods.   Honeywell will solicit public input into the development of community health and safety plans for the SCA and the lake cleanup.

Working in collaboration with a team of nationally-recognized experts from various universities, research institutions and specialty engineering firms, with oversight from the DEC, Honeywell developed a plan for the SCA that addresses issues raised by the community. Input from the Town influenced the design, including the selection of geotextile tubes for drying the sediments. 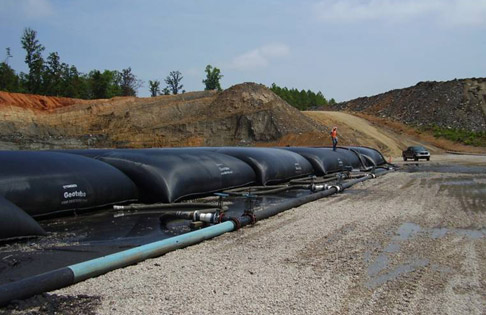 The SCA has these additional safeguards: 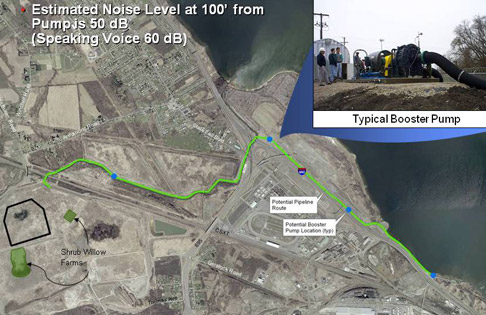 Dredged sediments will be transported by pipeline from the lake to the SCA.

Construction of the SCA is expected to begin in late 2010. The timely completion of this initial design is key to maintaining the schedule as dredging is to begin in 2012. Community input is encouraged to identify additional end-use opportunities.