The ROD is consistent with the Proposed Plan for the lake cleanup that was released in November, which was approved by the U.S. Environmental Protection Agency in March. The plan calls for a combination of dredging and capping – both proven environmental cleanup methods approved by the Army Corps of Engineers and EPA at sites across the country – to remediate the contamination in the lake’s sediment and water.

“Honeywell will now work with the state to reach an agreement on a consent order to implement the ROD,” McAuliffe added. “Cleanup of the lake is long overdue.”

Honeywell is continuing remediation of the “upland” sites (former Allied Chemical sites) with construction underway on a new groundwater treatment facility that will prevent contaminated groundwater from entering the lake, and the cleanup and removal of contaminated soil at the former Linden Chemicals and Processing (LCP) plant property on Bridge Street. Honeywell has spent more than $20 million in the first phase of the remediation of the upland sites. 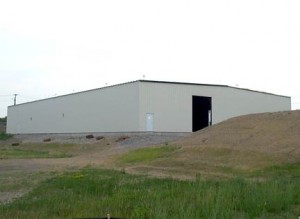 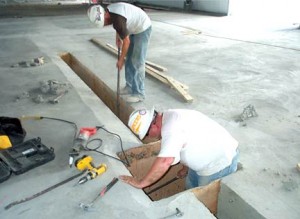 To prevent contaminated groundwater from entering the lake, construction on a one and one-half mile long and 45-foot deep barrier wall below ground level along the shoreline in the southwest corner of the lake is scheduled to begin in late summer 2006. Contaminated groundwater will be collected behind the barrier wall, and a pumping station at the lake’s edge will send the groundwater for treatment at the Willis Avenue facility via piping under I-690 and State Fair Boulevard.

At the nearby former LCP plant, Honeywell has removed 19,000 gallons of contaminated liquids, 280,000 pounds of sludge and 3,380 cubic yards of debris and contaminated soil (enough to fill a football field two feet high). In 1993, Honeywell installed a large contaminant recovery system that to date has removed more than 25,000 gallons of chlorobenzene and other contaminants from the soil and groundwater. Approximately 4,000 cubic yards of mercury-contaminated soil was taken offsite as part of the initial closure and cleanup of this site. Honeywell is currently recovering mercury from soil onsite using an innovative soil washing technology and to date has recovered almost 5,800 pounds of elemental mercury. Mercury that is recovered will be recycled at a permitted offsite facility.

Honeywell will spend at least $50 million more on additional projects around Onondaga Lake, including Nine Mile Creek, Geddes Brook, Harbor Brook and the East Flume. These projects will allow the remediation of the lake to move forward when a lake cleanup plan is finalized.

“Remediation of these sites is critical to a successful lake cleanup,” McAuliffe said. “Contamination from these sites must be stopped from entering the lake before the cleanup of the lake itself can begin.”

More information on the Onondaga Lake cleanup is available at www.onondaga-lake-initiatives.com, or call Honeywell at (315) 431-4443.